Clean Ocean has developed a prototype that REMOVES OCEAN PLASTIC. The device collects trash, not only at the SEA-SURFACE but also UNDERWATER where 70% of the trash are found.

Clean Ocean has developed a prototype that REMOVES OCEAN PLASTIC. The device collects trash, not only at the SEA-SURFACE but also UNDERWATER.

Rick-Ernest has invented a revolutionary machine to collect underwater and sea-surface plastic from the ocean, without hurting marine life.

About the Project:
Internationally the device will be an enormous help in cleaning the planet, and will benefit many countries around the world. This project will create jobs, improve tourism, protect livelihoods, and at the same time clean our beautiful oceans, giving marine life a second chance to live peacefully again. But also rivers in order to prevent the trash to end in the ocean. The project will educate governments, organizations, and schools, about the dangers of plastic pollution -and promote recycling instead of dumping. Everyone loves being in a clean ocean to snorkel, dive, and swim. If we do not protect our oceans from pollution, not only will animals suffer, but we will lose our tourists, and negatively impact local communities, livelihoods, and future generations around the world.

The Ocean Cleaner Device works in two ways: on the surface and under water

Experiment: How does the Ocean Cleaner Device work

The device uses a combination of magnetic force and water movement. We have found a way to create a magnetic force that, when exposed to water movement (tide, current, waves), will attract plastic only. The Plastic Attraction Unit attracts that expel this source of energy will attract the plastic floating on the ocean surface. Once there is a large amount of plastic concentrated around the boat platform, it is collected using a elevation system -trash will then be directed to a large container on the boat.

The second part of the Ocean Cleaner Device uses the same sources of energy. The Plastic Attraction Unit attracts plastic underwater. Once the plastic has been moved to the surface, it can be collected by the same elevation system to the boat.

How Will the Project be Carried Out?
There are two possible executions for this project: moving and stationary.

Moving
We visit particular sites for cleaning. We use secondary data from studies and reports investigating marine debris sites, and identify the worst plastic pollution locations.

Stationary
We anchor the device at a specific site, where it will continuously collect plastic. This is suitable for areas in which water movement is strong.


What Will You Get in Return?
As well as knowing you have done something amazing for the ocean and the planet, you will receive a specially numbered contributor certificate, signed personally by the inventor and founder of Clean Ocean, Rick-Ernest Bonnier


Thank you for helping us save the ocean

Rick joined the Mauritian Wildlife Foundation for the monitoring of Mauritian endemic birds. In 2012, Rick works for the Mauritius Marine Conservation Society as the Assistant Scientific Coordination. In parallel, he worked as a bi-monthly staff on L’Ile aux Aigrettes as Warden to fulfil engagement to endangered species protection.

Mr Bonnier participate in the Mandela Washington Fellowship Programme which is an initiative of the United States President, Barrack Obama. He was awarded a scholarship for a six weeks course at the University of California in Berkeley following six weeks internship at the Cape Hatteras National. We also went to Washington DC where he got the chance to meet the Previous President Barrack Obama.

Since June 2016, Rick work at WiseOceans Ltd as a Consultant based at Four Seasons Resort Mauritius at Anahita.

After the fellowship program, he is currently doing a voluntary project called ‘Conservation in Mauritius using Bio-technology’ A project with Mr Ben Jacob Novak of The Long Now Foundation, USA.

Passionate about wildlife, oceans, and conservation, he recently invented a prototype machine that collects big and tiny pieces of plastic in the ocean.

The fund will be collected for:
We have now finished the prototype and are ready to put it to sea. We have clients (hotels and institutions) who are willing to contract us to clean some areas where they have a waste problem. Fees will be charged to start generating our own fund for this project. To start this operation, we need a vehicle (4x4 pick up).

The solar panel, inverter, controller and two batteries will be installed so we can make our own power source to run the machine.

The sites that will be clean are described on the map below. 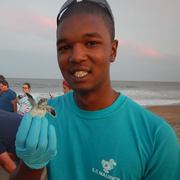 This project has a charitable, social vocation and all the money raised will be forwarded to the association. The 'all or nothing rule' does not apply to this project.

You will receive a specially numbered contributor certificate (Electronic copy)

As well as knowing you have done something amazing for the ocean and the planet, you will receive a specially numbered contributor certificate (electronic copy), signed personally by the inventor and founder of Clean Ocean, Rick-Ernest Bonnier.

You will receive a specially numbered contributor certificate

As well as knowing you have done something amazing for the ocean and the planet, you will receive a specially numbered contributor certificate, signed personally by the inventor and founder of Clean Ocean, Rick-Ernest Bonnier. 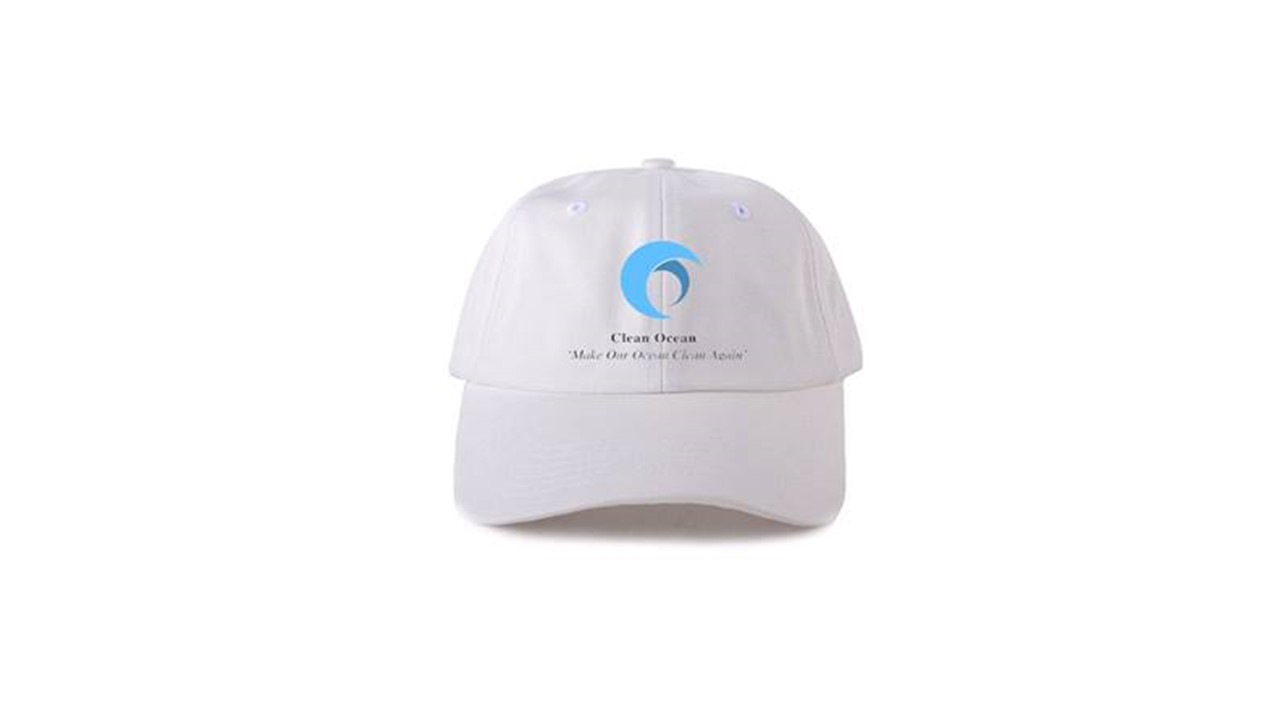 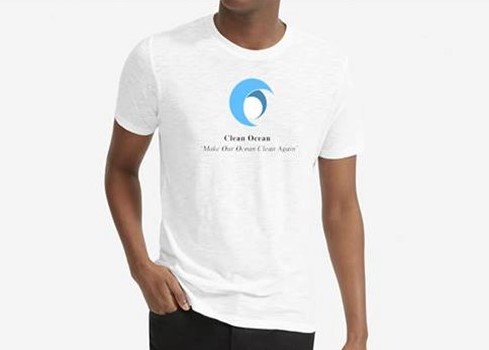 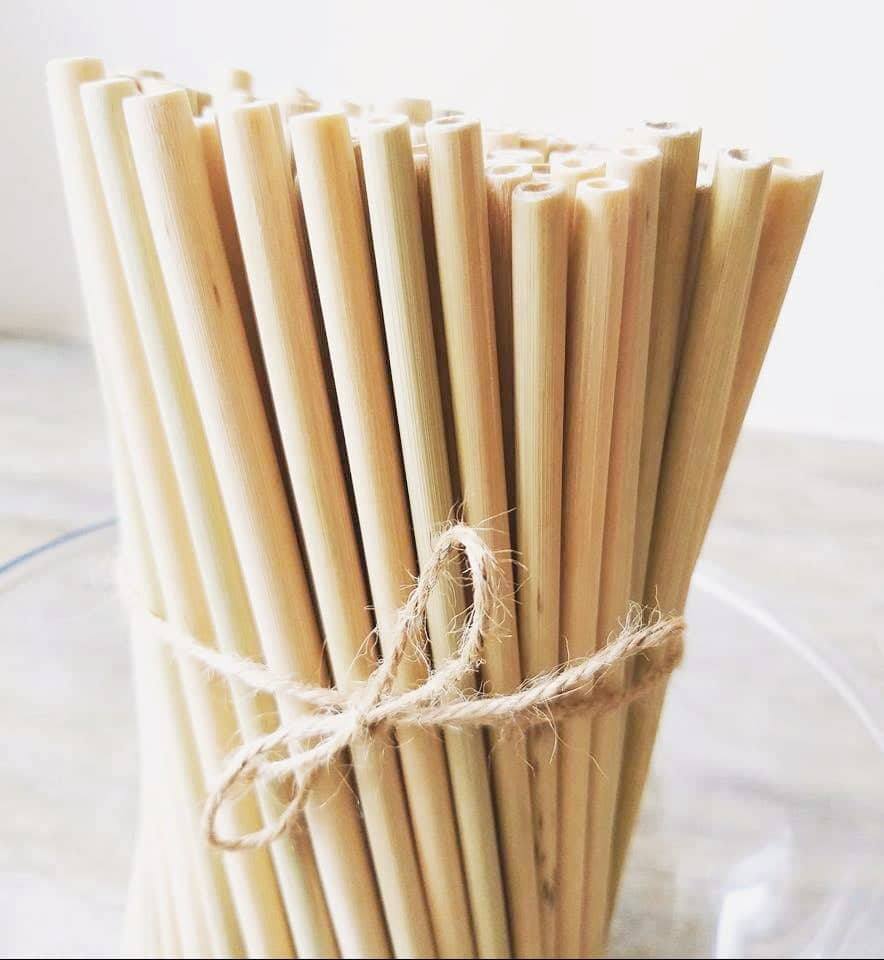