The Vendée Globe is a solo race around the world, non-stop and without assistance, on 60-foot long IMOCA monohulls.

During three months, the competitors have to cross emblematic waypoints like the three famous capes: Cape of Good Hope (South Africa), Cape Leeuwin (Australia), and Cape Horn (Chili). This long journey starts in the harbour of Les Sables d’Olonne in France, goes down across the Atlantic to then cross over to the Indian Ocean via the Cape of Good Hope. From there, across the Pacific Ocean before reaching Cape Horn, then up the Atlantic along the South American coast crossing back to Les Sables d’Olonne. The Vendee Globe path is more than 24 000 nautical miles long (40 000 kilometers).

I am one of the 33 skippers taking part in this fabulous adventure. On my sailboat named “merci” (French word for “thank you”), I won’t be on a frantic quest for speed. My round-the-world trip is placed under the sign of gratitude. But it is also a race against the climate emergency and against the destruction of biodiversity. I want to say merci to the Ocean and do what I can for its preservation.

It’s not a streetcar named desire, but a sailboat named “merci”. This name was not randomly chosen. This boat carries the notion of gratitude and supports an intimate professional and planetary message. Going from "thank you mom", to "thank you the sea", "thank you earth".

“Merci” is also a nod to my arrival in Les Sables d'Olonne on March 11, 2017. After 124 days of solitude, I ended my speech with a big “thank you” addressed to the thousands of people who were waiting for me and who had followed my race.

“THE VENDÉE GLOBE IS A CHALLENGE, I WILL TAKE YOUR “MERCI” WITH ME.”

My deep motivation is not to gain a ranking or a few meters but rather to discover and meet the Ocean. Share its beauty and its wonders with you. Make the world aware of just how urgent it is to preserve the Ocean.

For this Vendée Globe 2020, I have chosen to partner with PURE OCEAN, raising funds to finance research and innovation for the protection of the Ocean, because there is an urgent need to act now.

PURE OCEAN selects and finances scientific research projects that develop concrete solutions to protect the ocean and its biodiversity: for example, imagining filtration systems for micro-plastics inspired by sea sponges, exploring great depths to measure the human impact on marine ecosystems, observing the coast by satellite to monitor the effects of global warming, are all very specific projects that will allow us to better preserve the ocean.

Father of 5 children, navigator, competitor, adventurer, novelist… I live the sea as much as I tell it. The sea is the story of my life. Rigor and freedom, it is my space.

- An Olympic campaign on Flying Dutchman

- A solo victory in the Calero Solo Transat 2016

I decided to participate in the Vendée Globe 2016-2017. I finiseh and arrived last in the race, double-locking the oceans with my key, made on board.

"The Vendée Globe, you win it or finish it, the rest is literature."

I now want to embark on this challenge, achieving a second feat, by participating in the Vendée Globe 2020-2021.

It was inconceivable for me not to take part in this adventure in a responsible way. I had already started to commit:

- My old boat has been converted into a sailing freighter

- The engine of my current boat is electric

"I am convinced that it is too late to talk, we need to act."

To go even further in this logic, I am committed to PURE OCEAN

What is Pure Ocean?

Pure Ocean is an endowment fund created in 2017, based in Marseille, whose main mission is to support innovative research projects contributing to the protection of fragile marine ecosystems and biodiversity. Beyond funding research projects, Pure Ocean organizes conferences and promotes races and sports challenges in order to raise public awareness of the critical situation of the Ocean.

We need you to support ocean research to protect our “blue lung”: the Ocean.

- Carbon compensation study: it is estimated that the global “merci” project in the Vendée Globe will emit a total of 89 tons of CO2 into the atmosphere. This will be fully compensated through certified compensation programs.

- Biosourced equipment: like the cardboard protective cap, I am convinced that all non-structural elements should be made from bio-based materials.

Raise awareness of the urgent need to protect the ocean:

The Vendée Globe is a huge worldwide event. Not just in the world of sailing. My participation in the Vendée Globe will give me an exceptional platform for:

- taking you on this voyage with me

- talk about the ocean and the threats it’s facing

This is the main mission of PURE OCEAN, which received in its latest call for projects over 159 proposals from 40 countries. Your donations will help us support innovative projects to better understand and protect marine biodiversity.

The more funds raised, the more impact we will have.

Help give us the means to act.


Donations to the Pure Ocean Fund are eligible for a tax reduction (depending on your country, please contact Pure Ocean).

By supporting merci X PURE OCEAN, you are helping us protect the ocean. 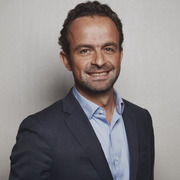 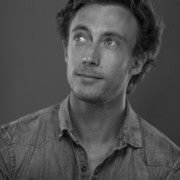 This project has a charitable, social vocation and all the money raised will be forwarded to the association. The 'all or nothing rule' does not apply to this project. 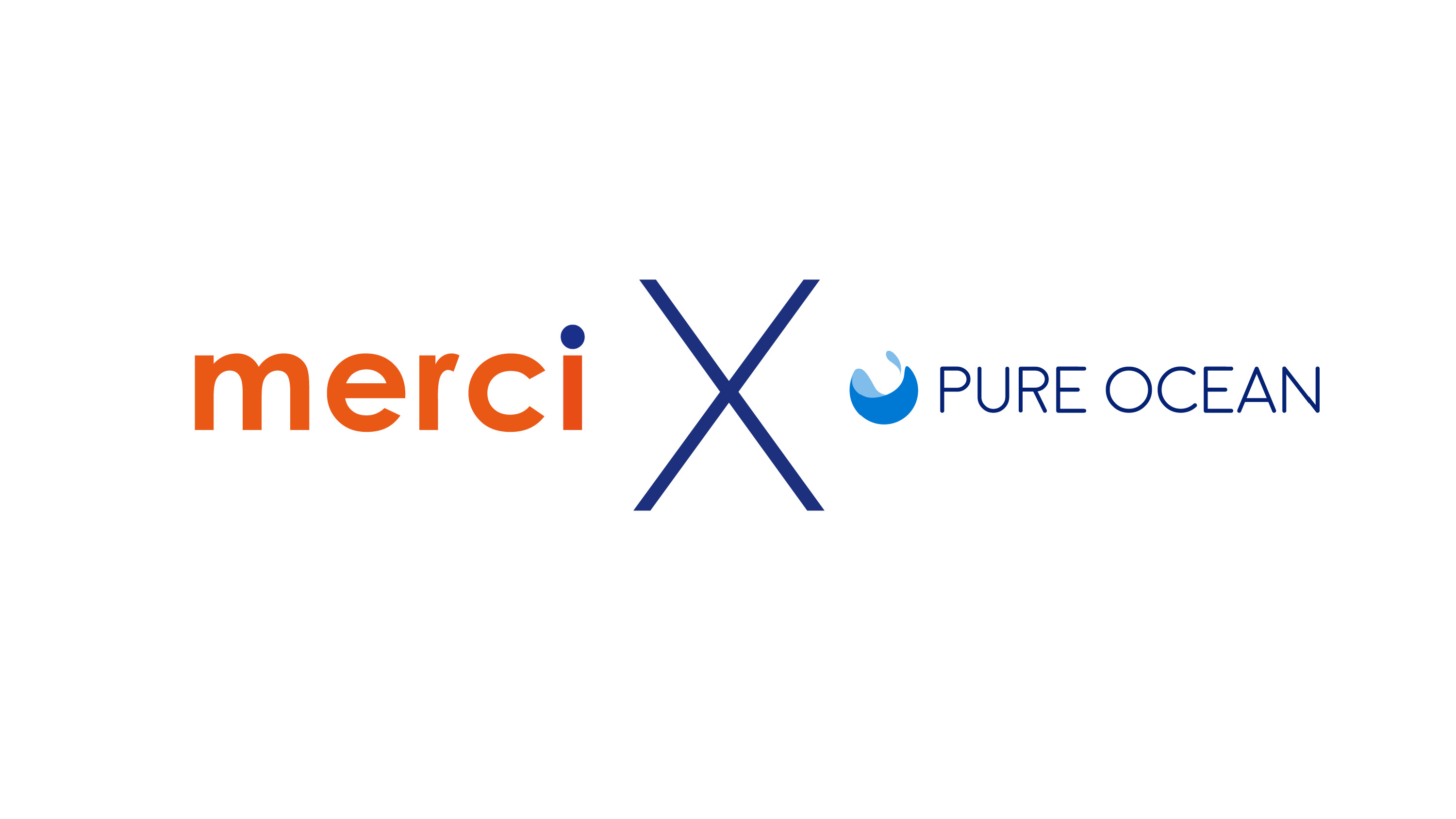 Just to say thank you 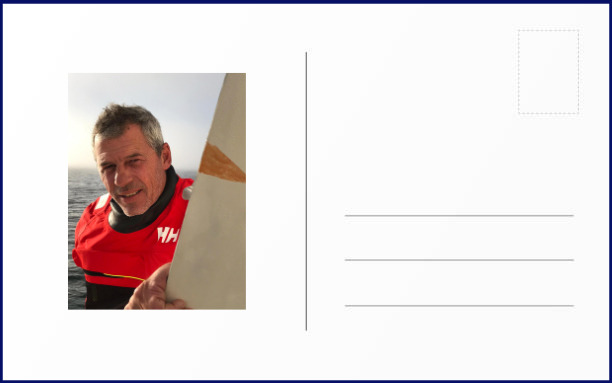 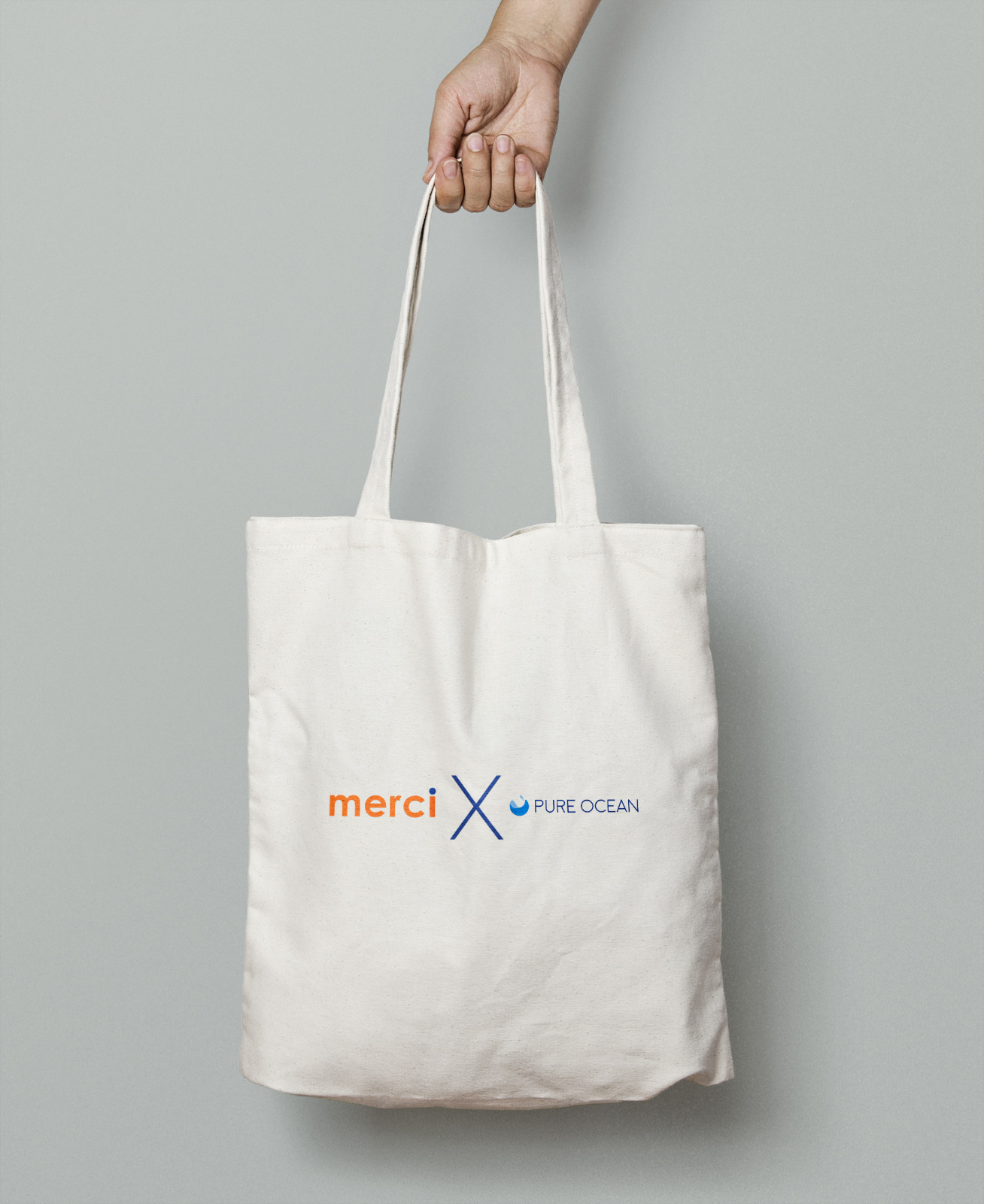 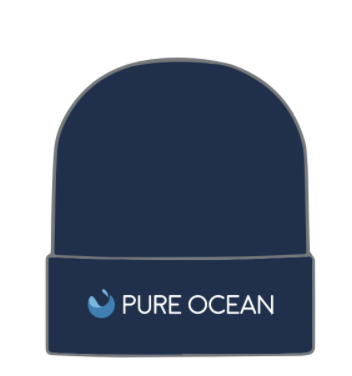 The official 100% organic cotton Pure Ocean beanie. The same one I'll have on my head during this adventure! 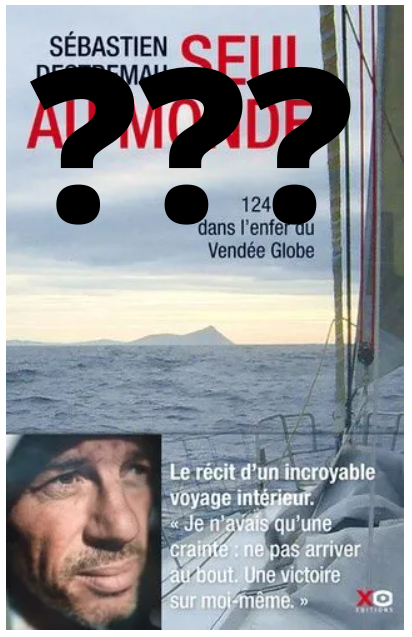 My next book (in French)

After "Alone in the world", this Vendée Globe 2020-2021 will be the opportunity to publish a new book at XO Editions. Receive a signed copy before it hits bookstores. In collaboration with Henri Haget, this book will be a travel journal written throughout my journey around the world. Deep emotions and unusual stories, you will get the inside story! 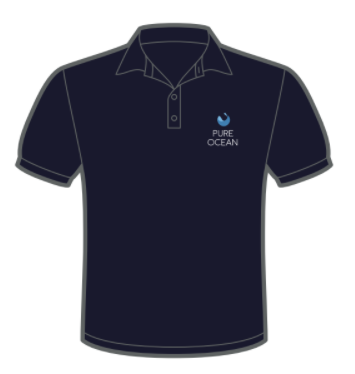 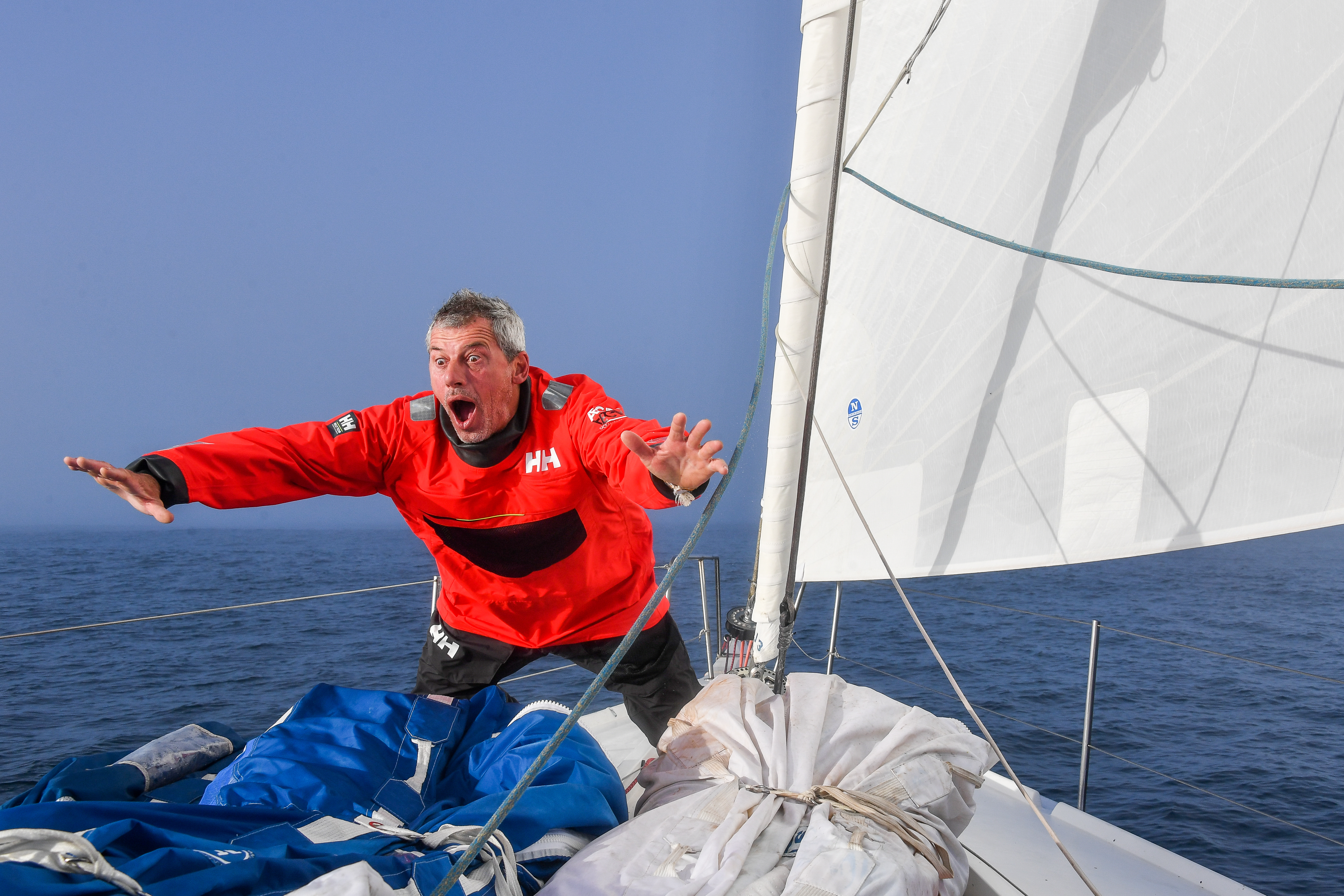 Your name on the generic

At the end of the journey, we will produce a video to say thank you. Add your name to it to show your gratitude and commitment! 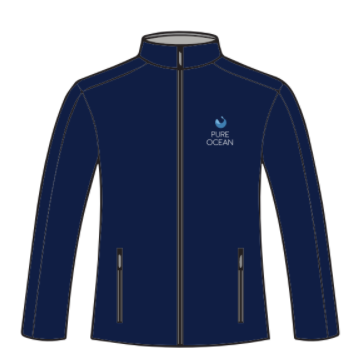 The official softshell of this adventure! One softshell = at least 15 plastic bottles less in the ocean 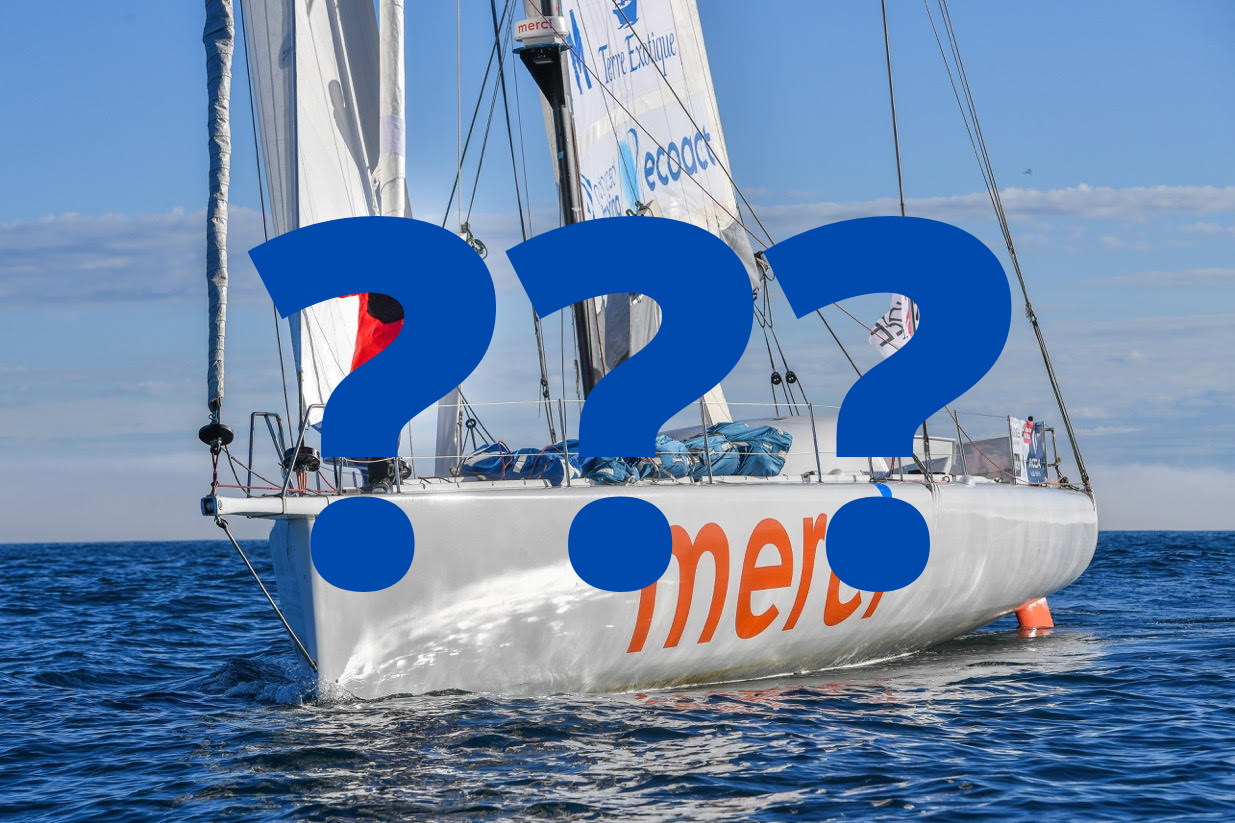 The best photograph of my adventure will be selected, printed and signed by yours truly. Limited edition of 300 copies 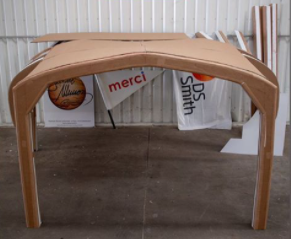 A part of the cartboard cap

This cardboard cap is one of the symbols of my commitment to sustainable sailing. Made of 100% cardboard, get a part of this unique object that will travel around the world (if it's still there when I come back)! 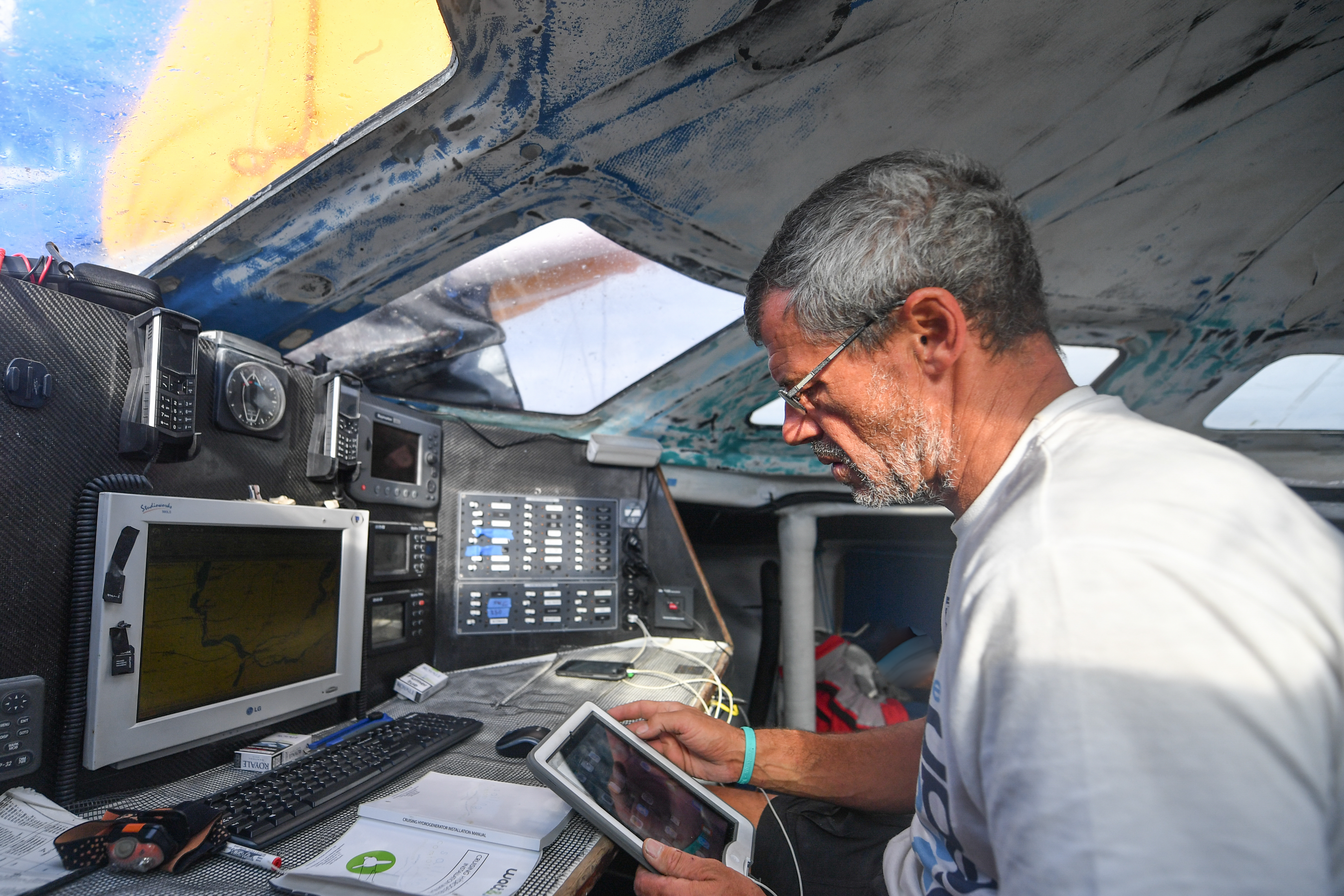 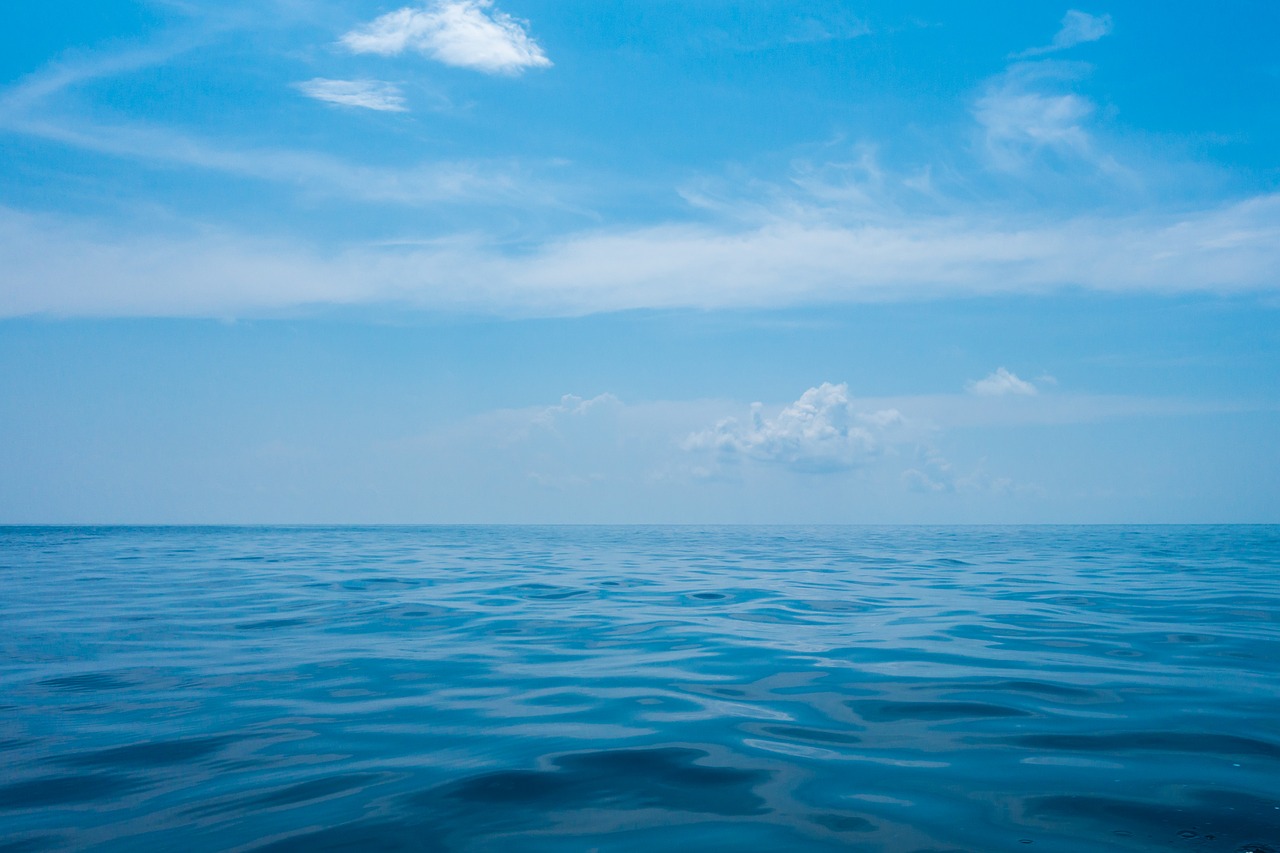 Water of the capes

During my journey, I'll cross 3 mythical Capes. I'll collect a small flask of water at each of them. You will receive in a lovely display 4 different flasks containing Cape Horn water, Cape Leeuwin water, Cape of Good Hope water and a flask of Bahia's pepper shipped by Eole program. 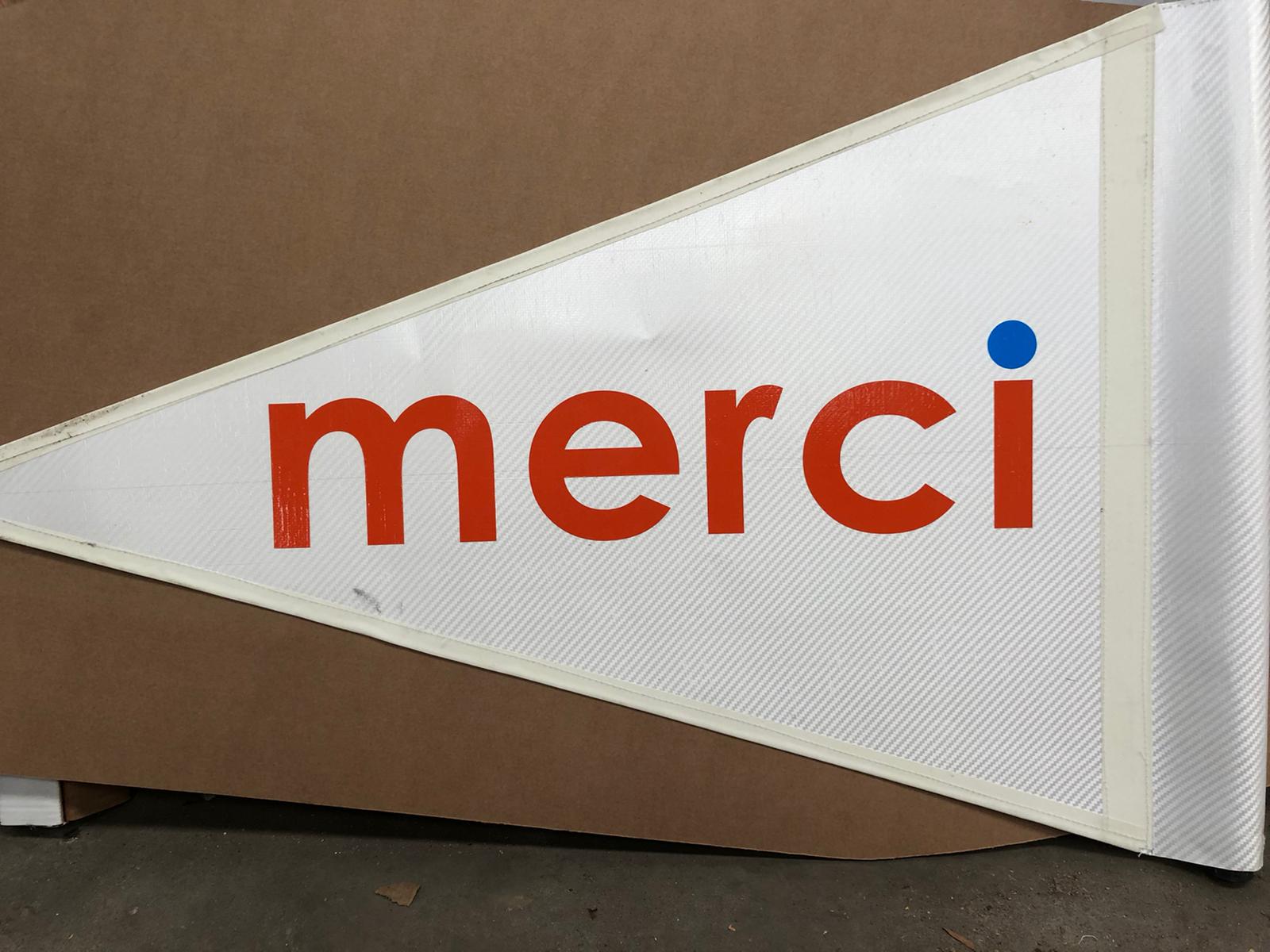 The Merci flag - Special Edition 1 to 20

All along my journey, I'll have this flag as a banner to say "Thank You" to the ocean. repurposed from one of Merci's old sails, these flags are the symbols of my gratitude. 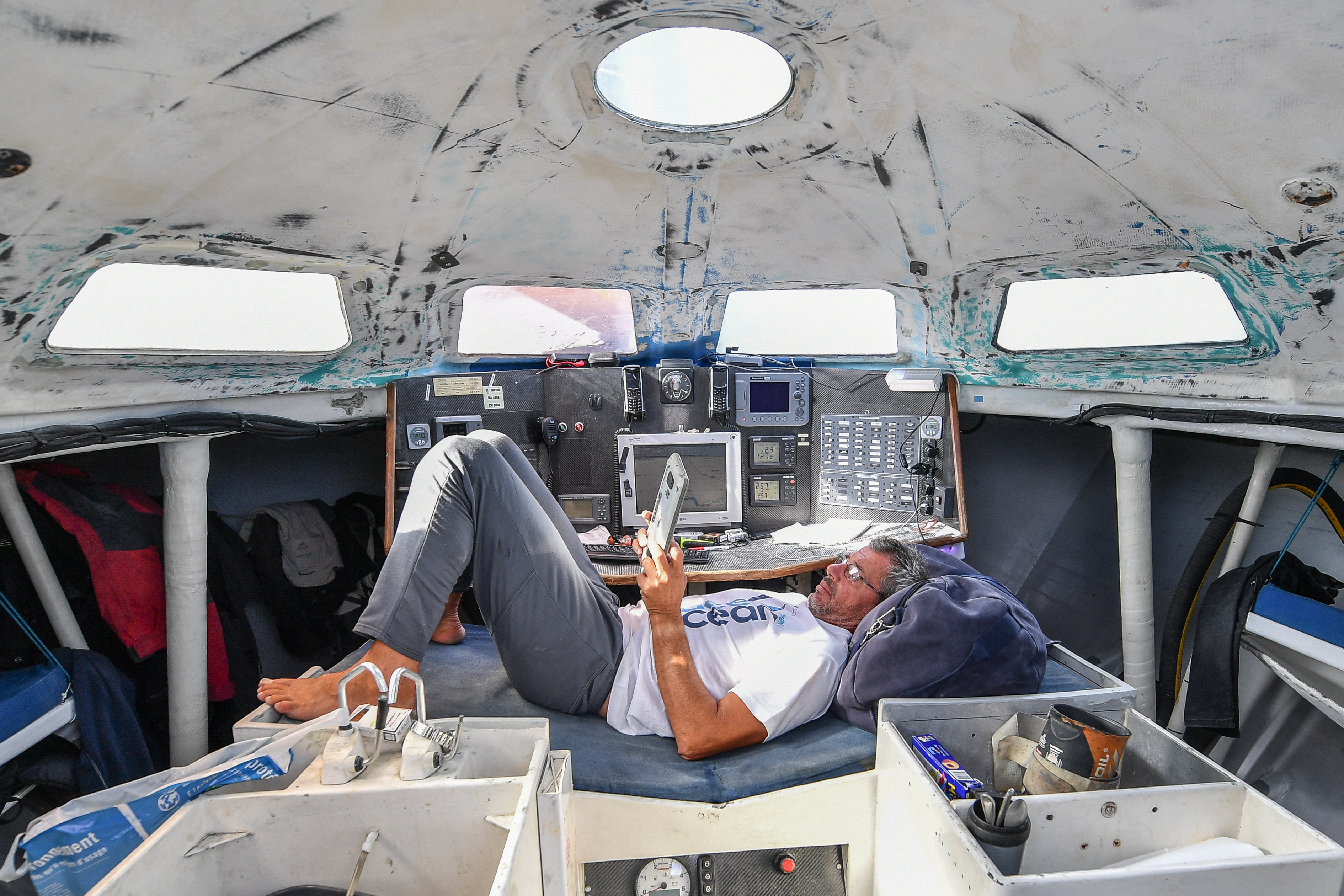 After the race, join me on merci to share a typical sailor's meal: a freeze-dried lunch! For 2 people 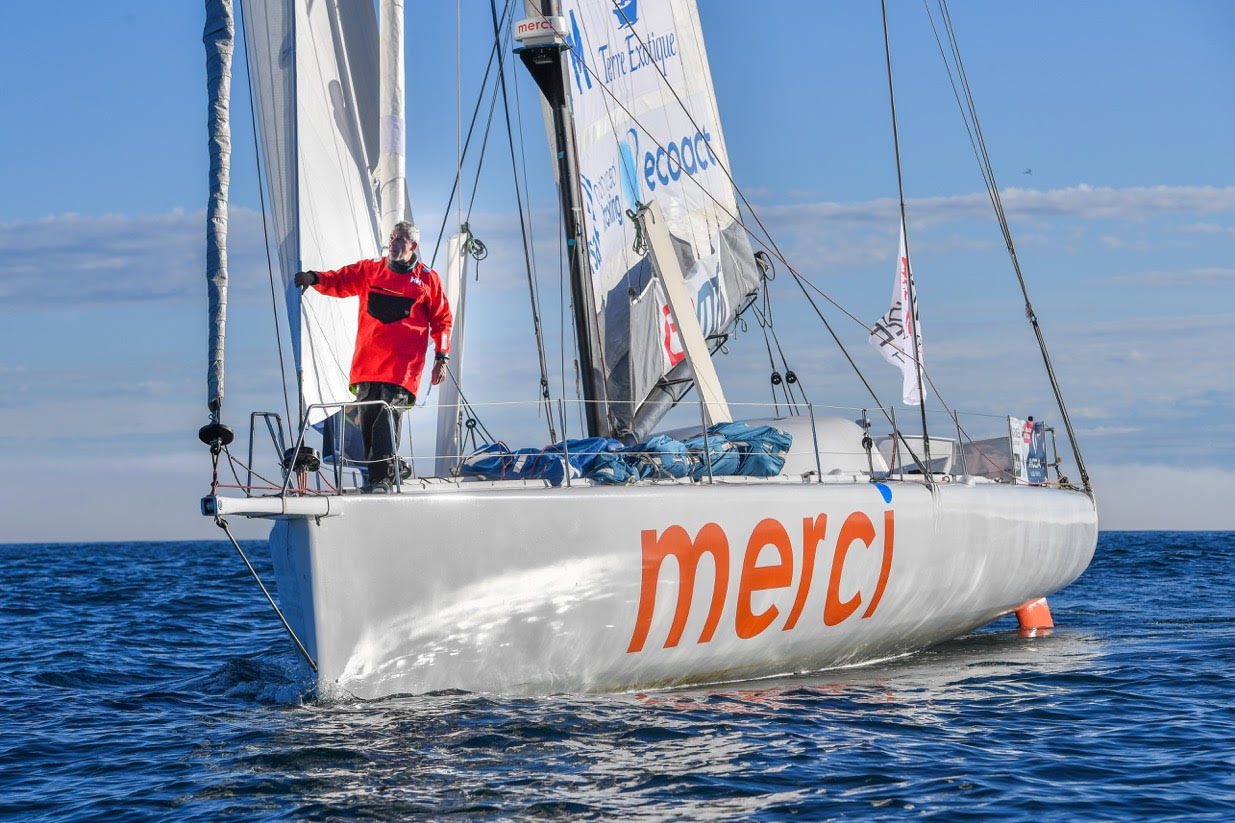 Sail half a day on merci

After the race, join me for half a day of sailing on merci! For two people, depending on the state of the boat after the journey. 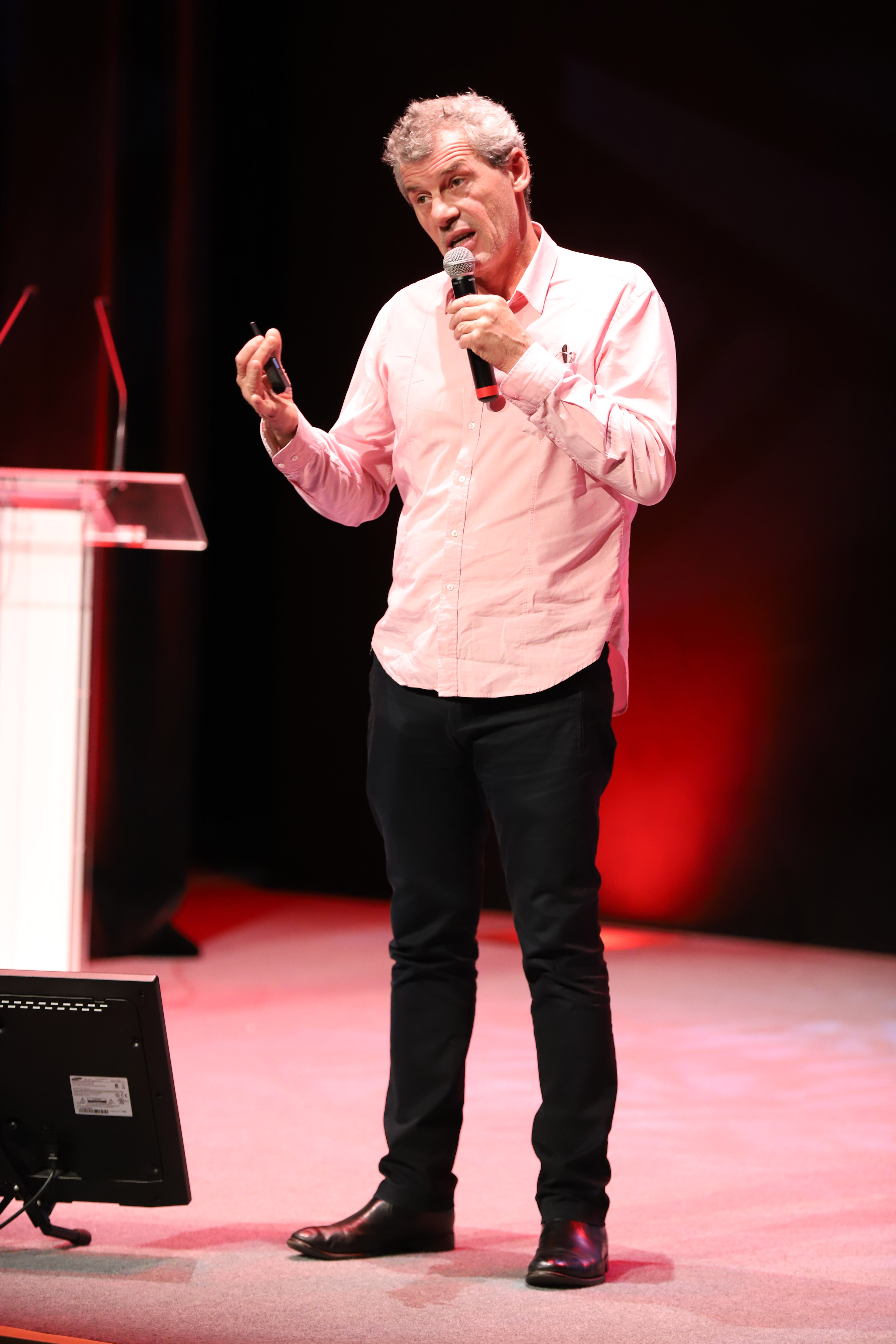 Courage, pushing one's limits, resilience are some of the values I will share with you while telling my incredible adventures in a conference format. 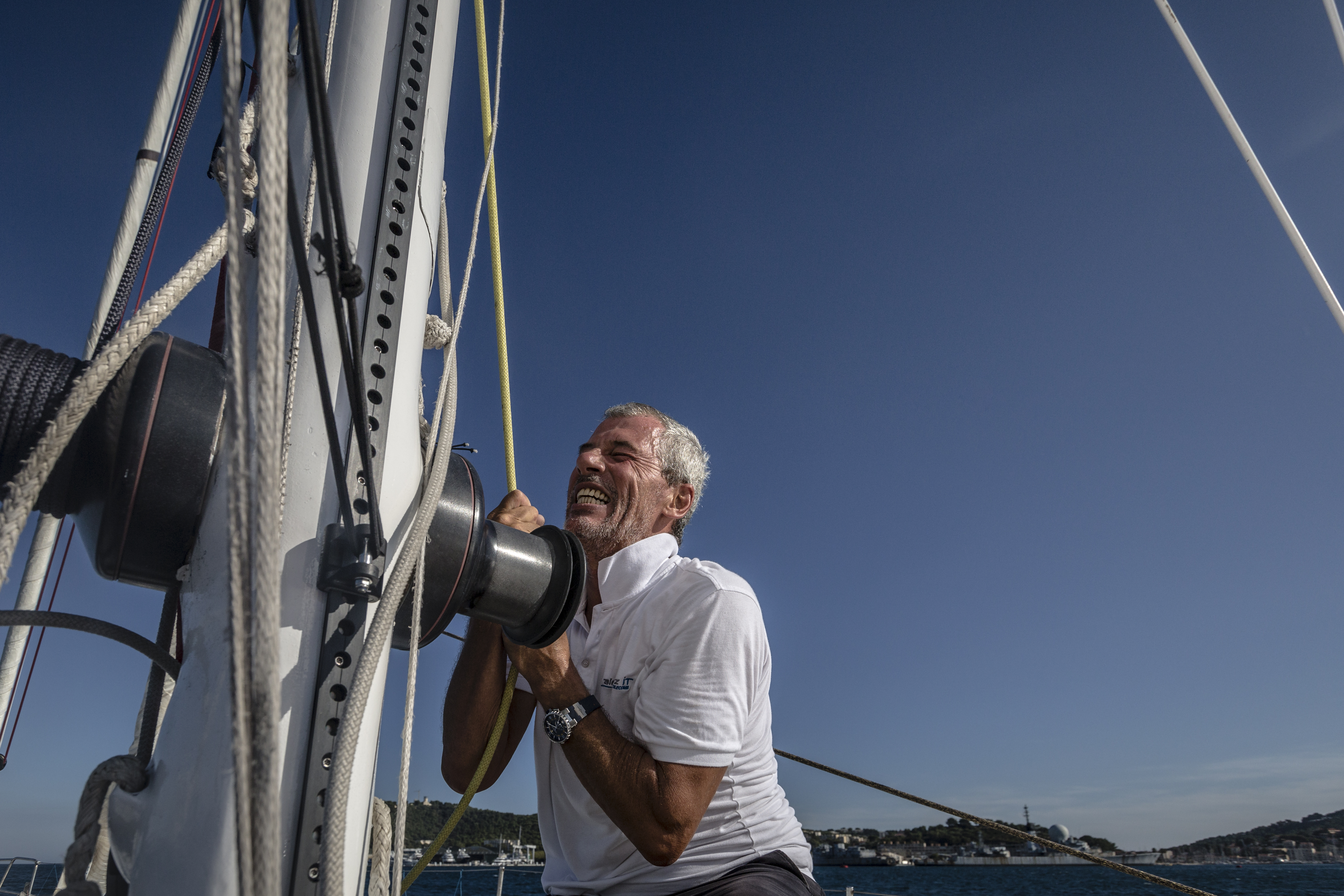 Made from special fiber, this 130m long halyard can hold several tons of traction. Get a piece of the action! 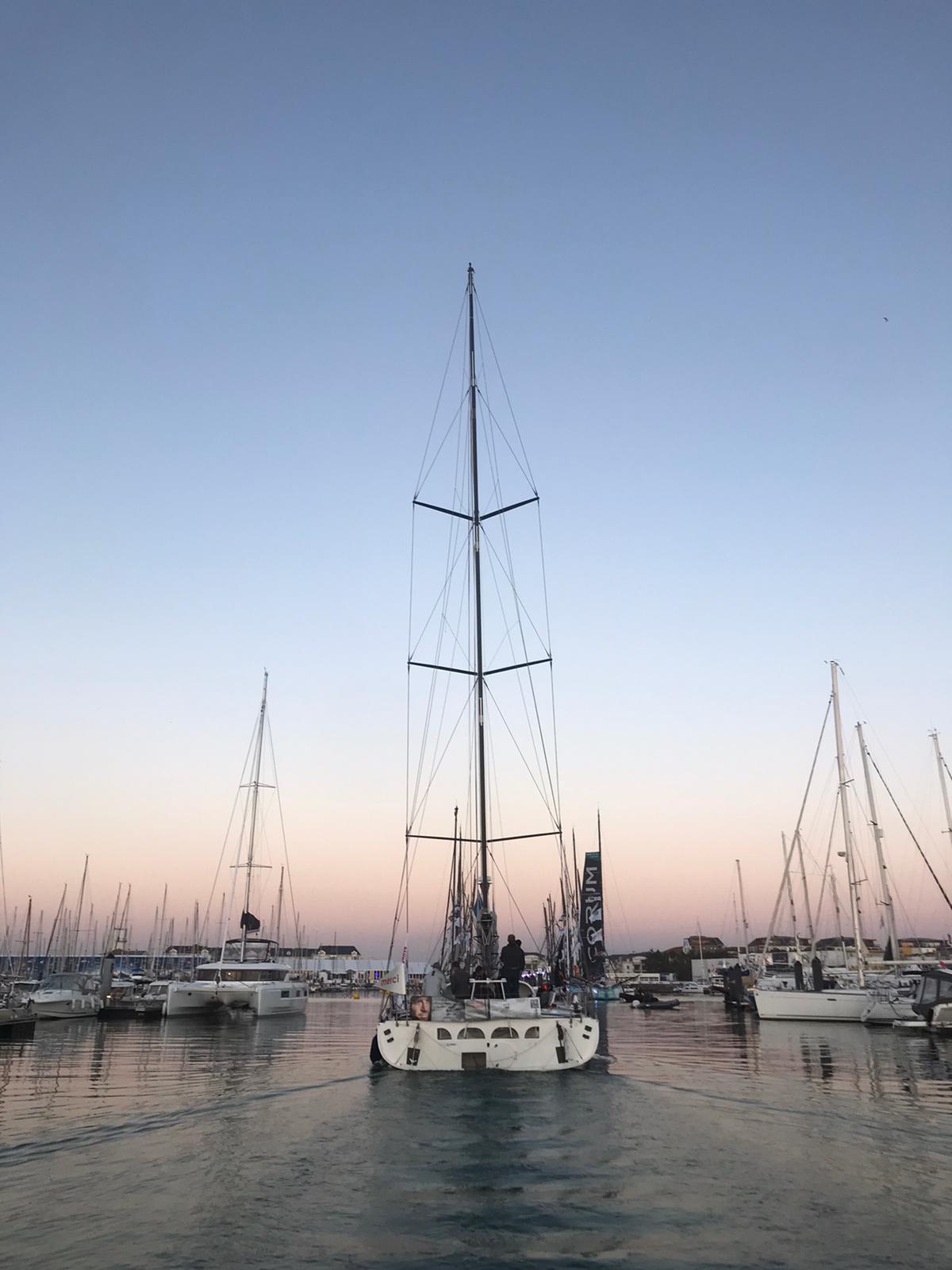 One of the two hydrogenerators that supply energy to merci 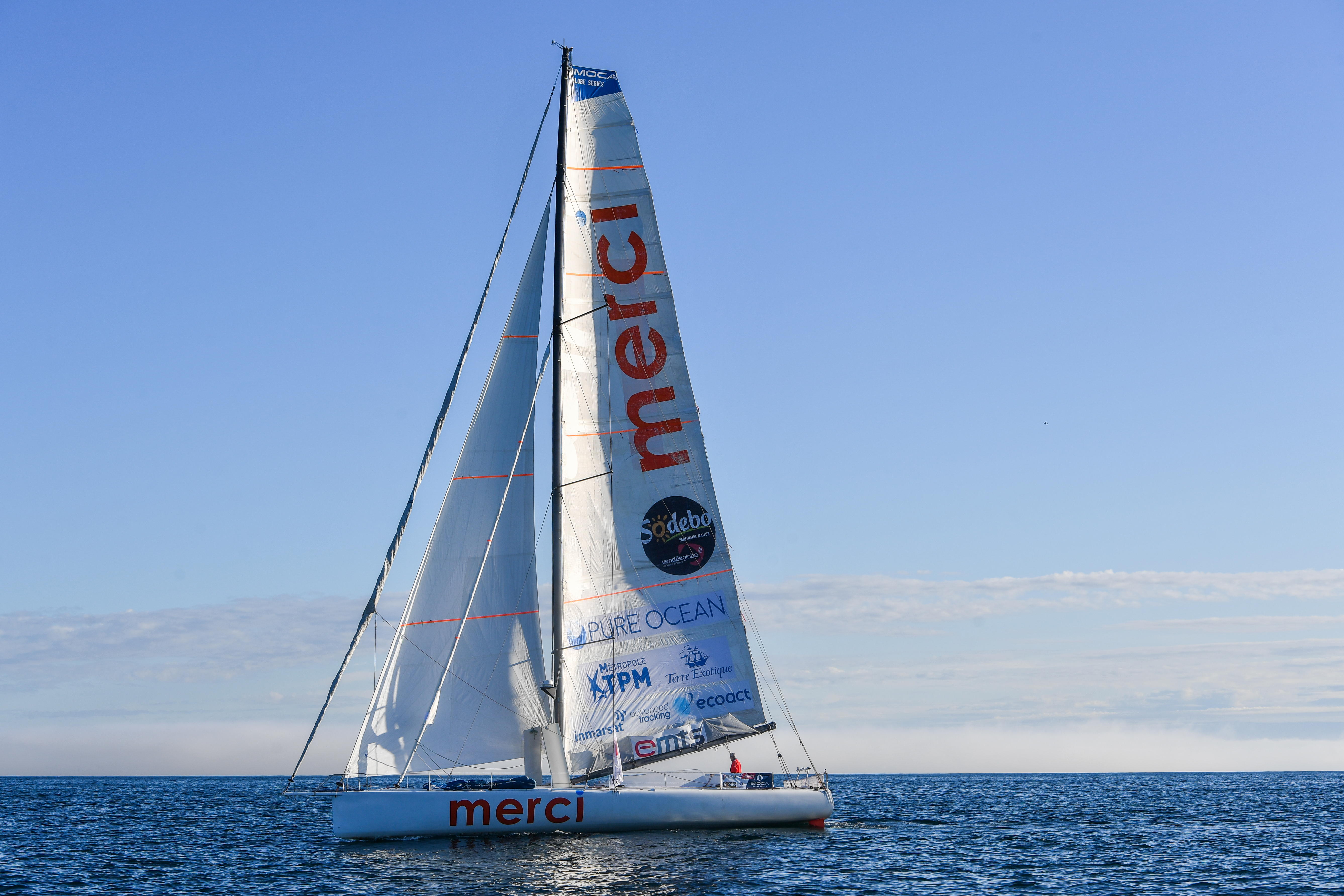 Mainsail created by Hugues Destremau (my twin brother) who is working at NorthSail. With more than 170m2 and weighing 150 kilos, its a big one! It can be used to start a new line of clothing, repurposed as bags, as theater decor,... 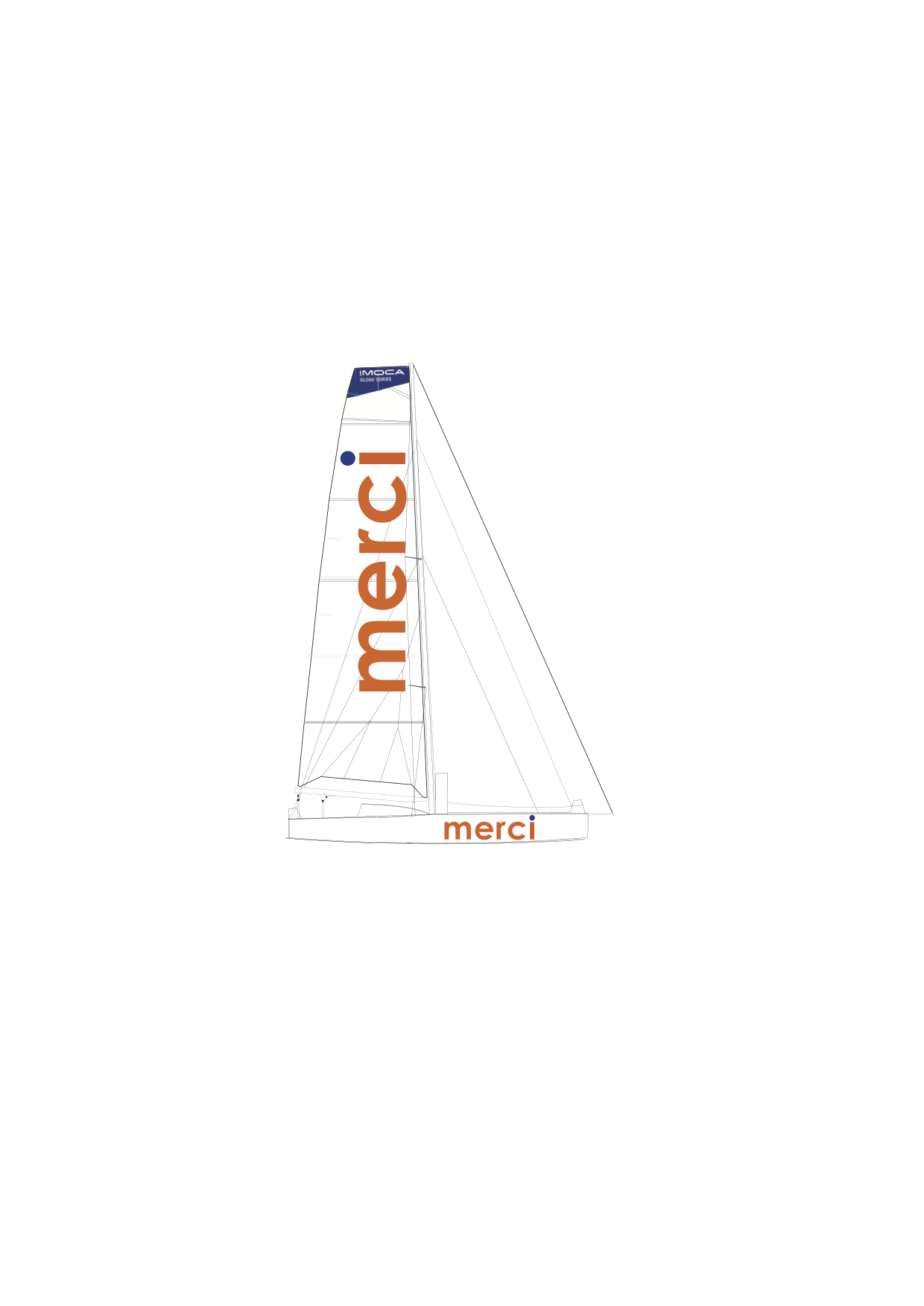 Become the owner of merci. It will now be your turn to bring gratitude on this special boat!