In a universe of salted gentleness, « Lettre à ma mer » defines this constant need to go back surfing.

We follow, through the seasons, the depiction of three women for whom the sea is an everyday life aspect in Finistère. Sophie is a young mother passionate about surf, Annabel is a young artist deeply inspired by the sea and Clementine is a globetrotter who is exploring waves from all around the world.

INTRODUCTION TO THE PROTAGONISTS 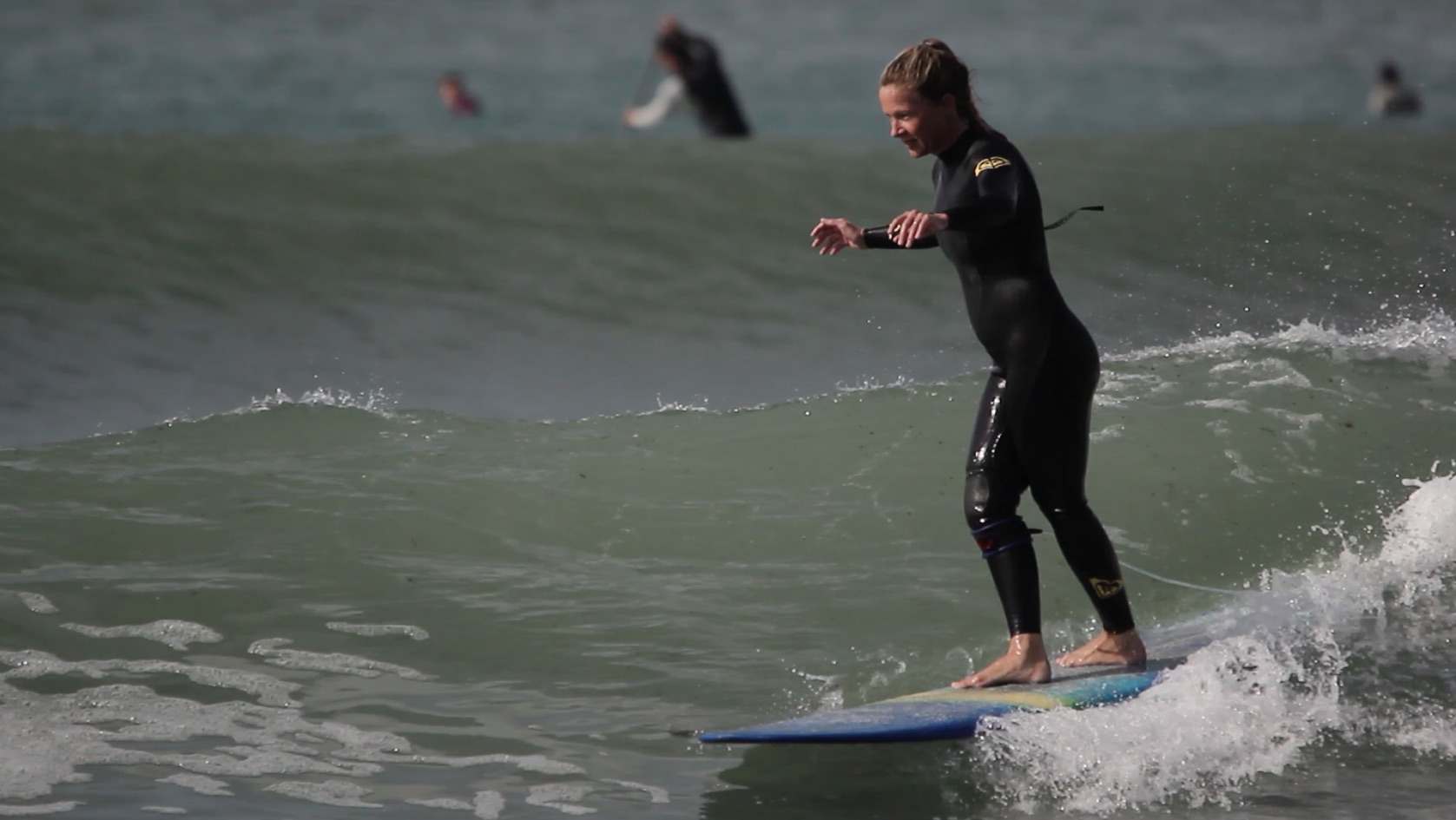 Sophie appeared to me as an evidence. The sea takes a significant place in her life. Being a sailor’s wife, a young mother and an architect doesn’t leave her much time but she spends it in the water. The first time I told her about this movie, Sophie got really enthusiastic about it but after a quick calculation, she confessed to me with mixed joy and remorse that she would hope to be pregnant at the time of the shooting and that she could not participate in the project. It’s at this precise moment that I realised what was at stakes for this documentary.

A surfer girl is, first and foremost, a woman who throughout her life will not always be able to fulfil her passion. Sophie is going to stay out of the ocean for a few months but she already hopes to get back to the water as soon as possible.

Sophie’s pregnancy is coming to term and she can no longer stand still despite her overwhelming joy of being a mother. This frustration and happiness can’t be experienced by male surfers. 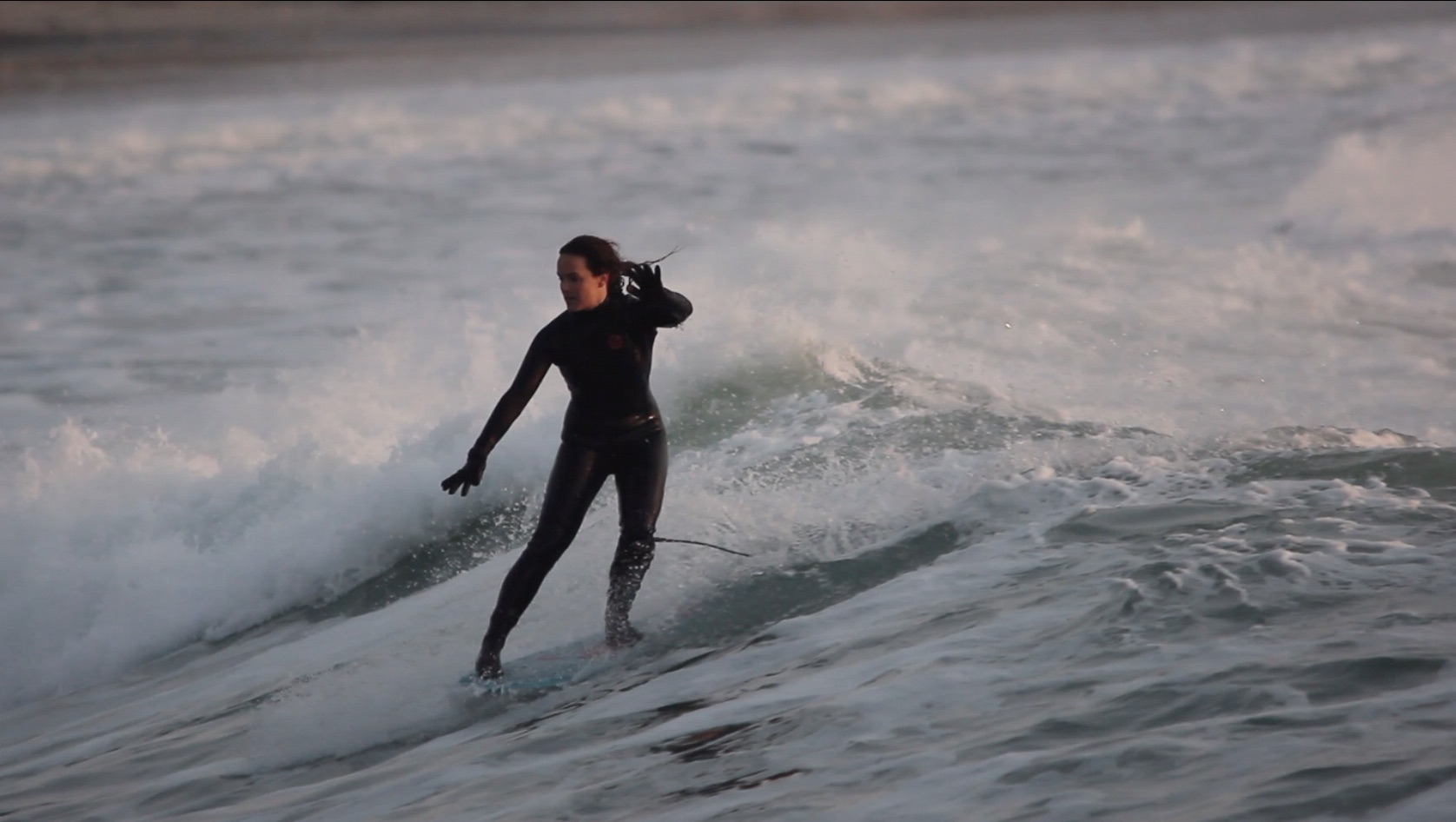 Annabel is a young a talented young woman. When she was a teenager, she was the first ever girl training with the French surf team in Biarritz to become a professional surfer. Nowadays she is a graphist in Brittany, where she still practises competition to keep on progressing. She is currently 1st in the Brittany’s longboard championships. But what really made me want to shoot her were her drawings. Her work speaks about women, surfer girls, waves, seen through a feminine eye.

Drawing and surfing are a part of her everyday life and she brings a touch of softness and originality to the vast surf art’s world. My movie is greatly inspired by her drawing because it matches my vision of surfing. Annabel looks at the sea with a very poetic approach, but she also expresses her surfer sensitivity with a great sense of humour. 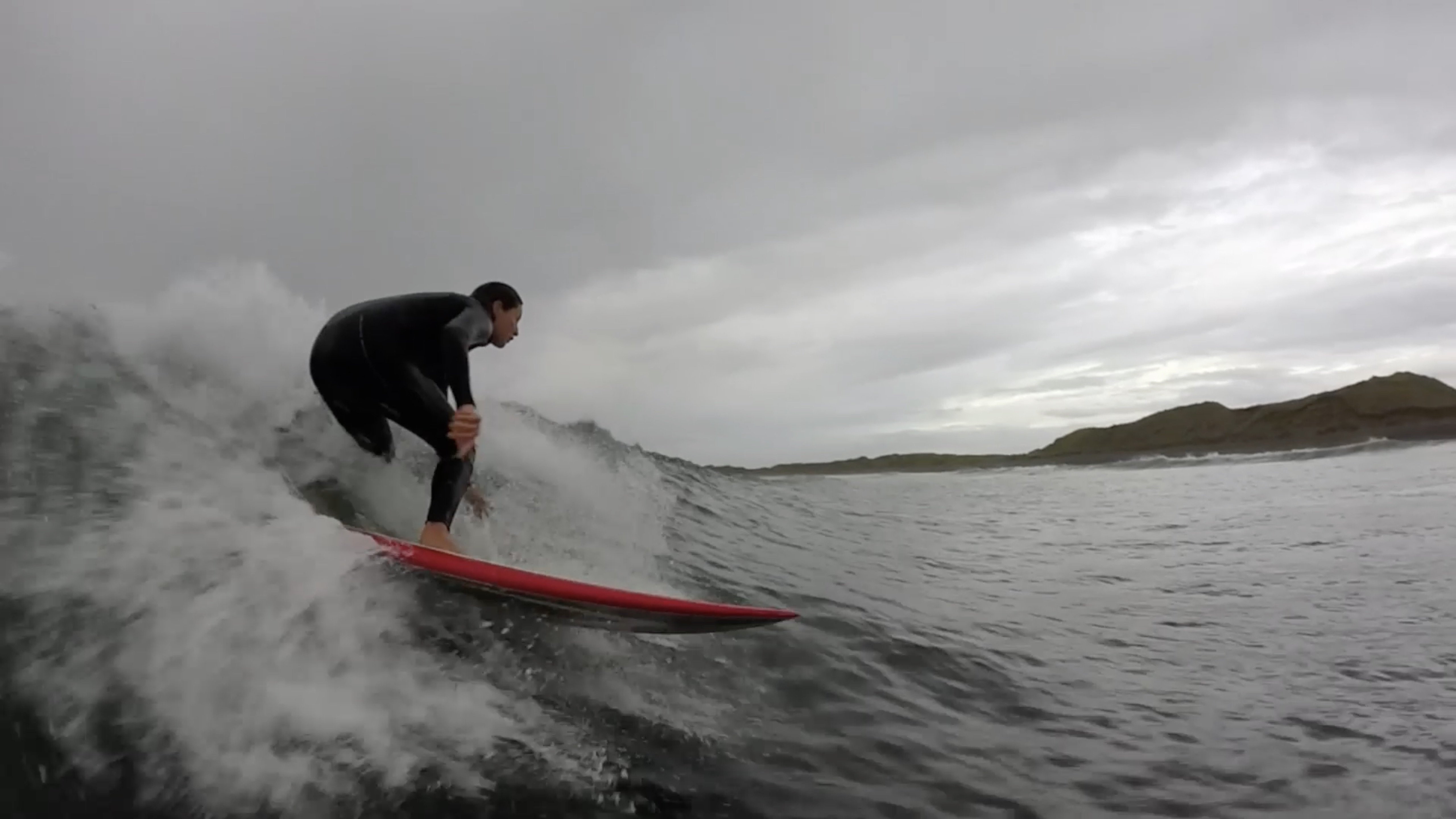 Clementine is a very dynamic girl. She is an athlete and an adventurer at heart. Born in a surfer’s family, she’s been surfing since she was really young. She just came back from a two years trip around the world. She’s has travelled through Canada, Australia,

Sri Lanka, Vietnam and Taiwan, with just her backpack, her surfboard and her travel books. At first, Clementine was traveling for surf, and her purpose was to find the perfect wave. But her eyes quickly shifted to see the other human beings. Being an artist too, she immortalizes on paper the faces she saw and the landscapes she’s travelled. It is through the prism of a coloured and joyful universe that she describes the countries she’s been even showing what’s hidden from the view. 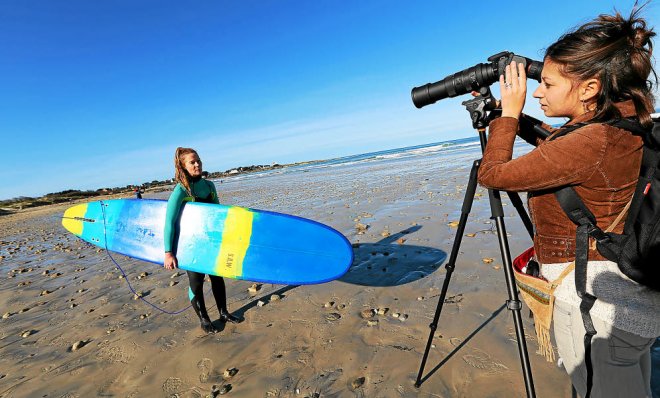 I started to write about surf when studying cinema in Rennes. I was far away from the sea and felt an intense lack of it. I felt the need to go back home as often as possible to be able to go surfing. I didn’t have a scheduled practise and I didn’t have a very good level of surfing at that time. Most of the time, the winter waves formed a vast gush and I got tossed around like a puppet by the foamy white waters. But it provides me a well-being I can’t seem to find anywhere else. How can I explain this strange feeling to someone who doesn’t surf? Being far away from the sea, I watched a lot of surfing videos but I couldn’t relate to the women and surf that were showed. I felt the need to give a voice to the women I meet in the water, the ones who go surfing when their kids are at school or when work is over. You can see another facet of this sport through their sensitivity. 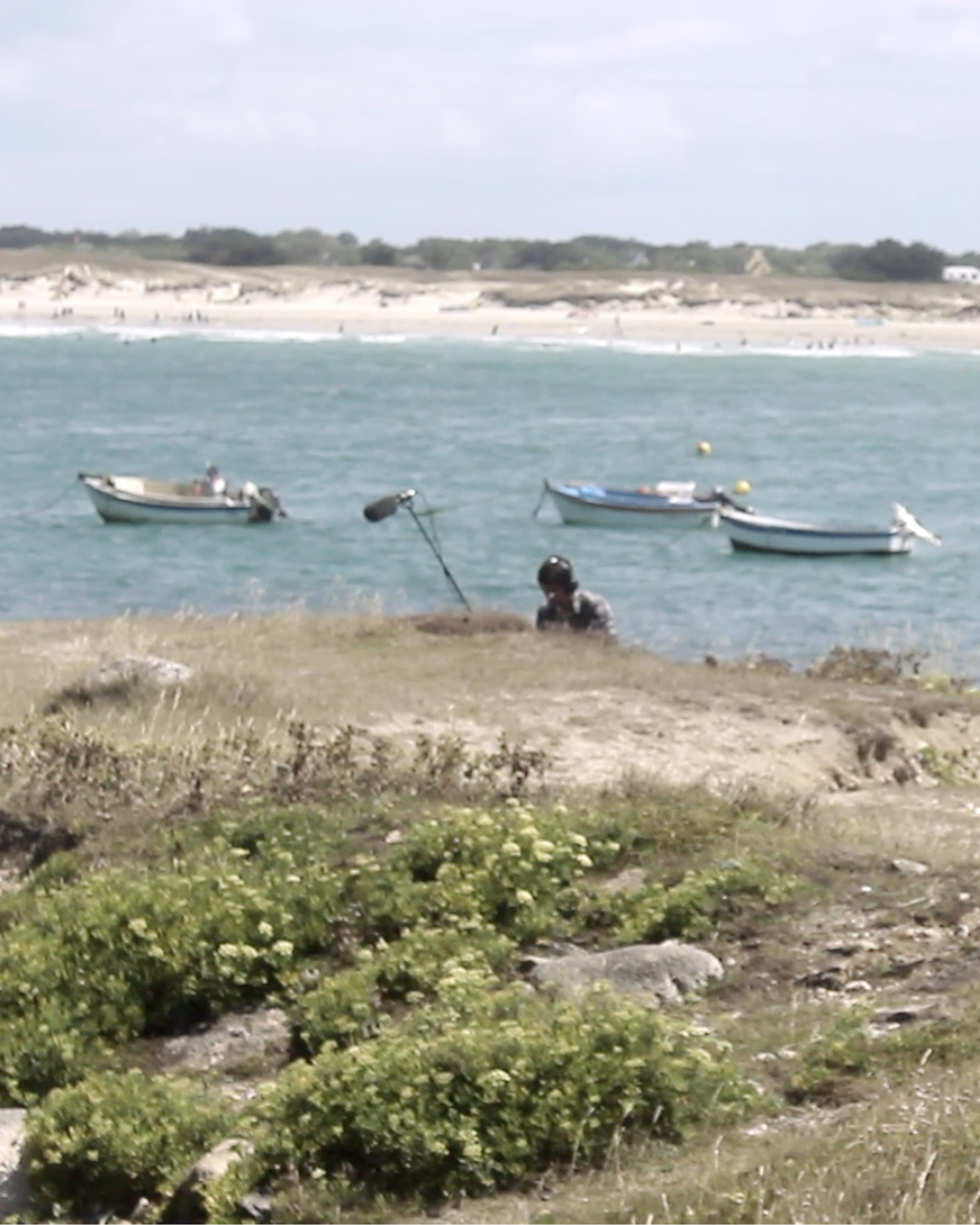 It was a necessity to give to every component of the film its own identity, So that the sounds would complete the images and be a part of the story. The creation of the atmospheres and sound settings had to get the closest to what you can hear when standing on the bank of Brittany coasts. The second challenge was to recreate the sound of the waves to preserve the feeling of closeness to the surfers apart from the interviews. This way, it immerses the spectator in the movie. Every protagonist was given its own identity through music. 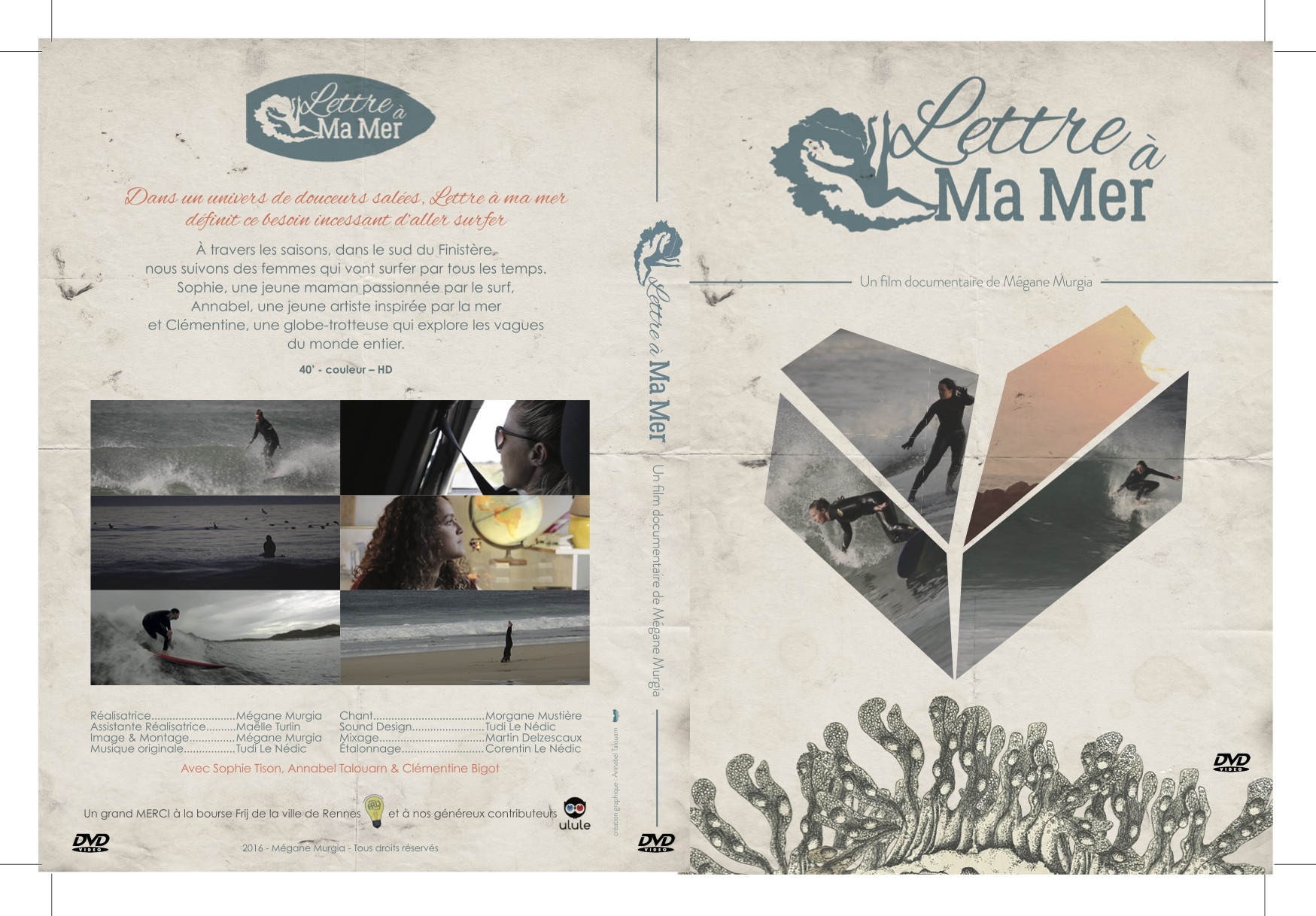 This movie has been produced and written with very little funds and the only way to release a DVD edition is through crowd funding presale.

The fund-raising will be employed to pay for the making of the DVD’s, the creation of a cover and the subtitling. This crowd funding also allows us to adapt to the needs in order to avoid facing unsold DVDs that we would need to store up in a cupboard. However, we need to reach at least an order of a 100 DVDs to start editing. You will receive your DVD at home before Christmas or be handed it over in person at the « La Femme & La Mer » event which is taking place on the 9th of December at the Malamock (Le Guilvinec). 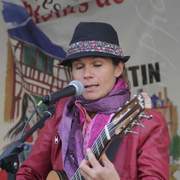 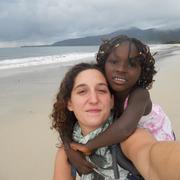 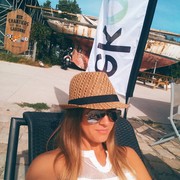 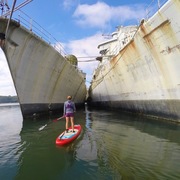 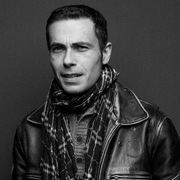 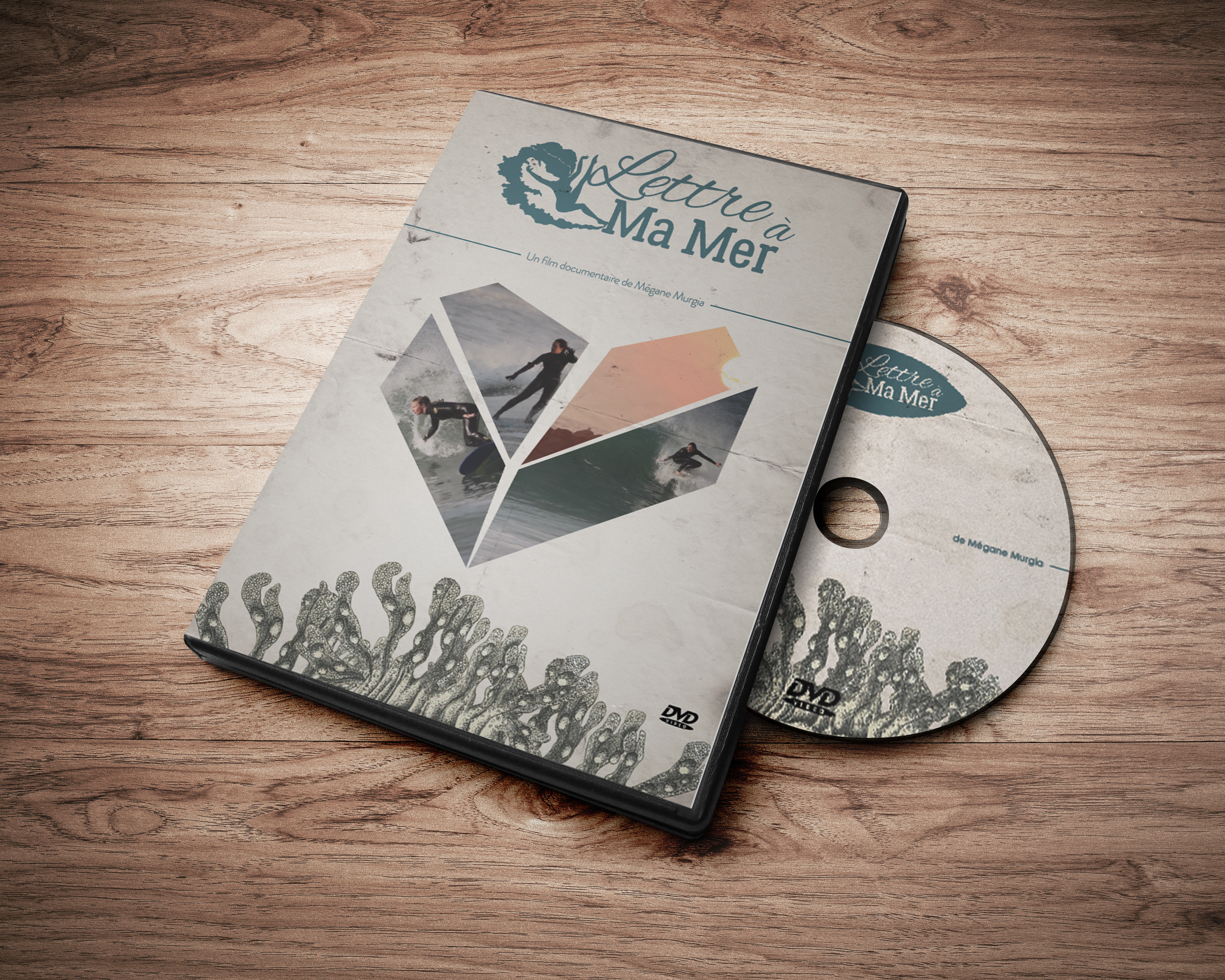 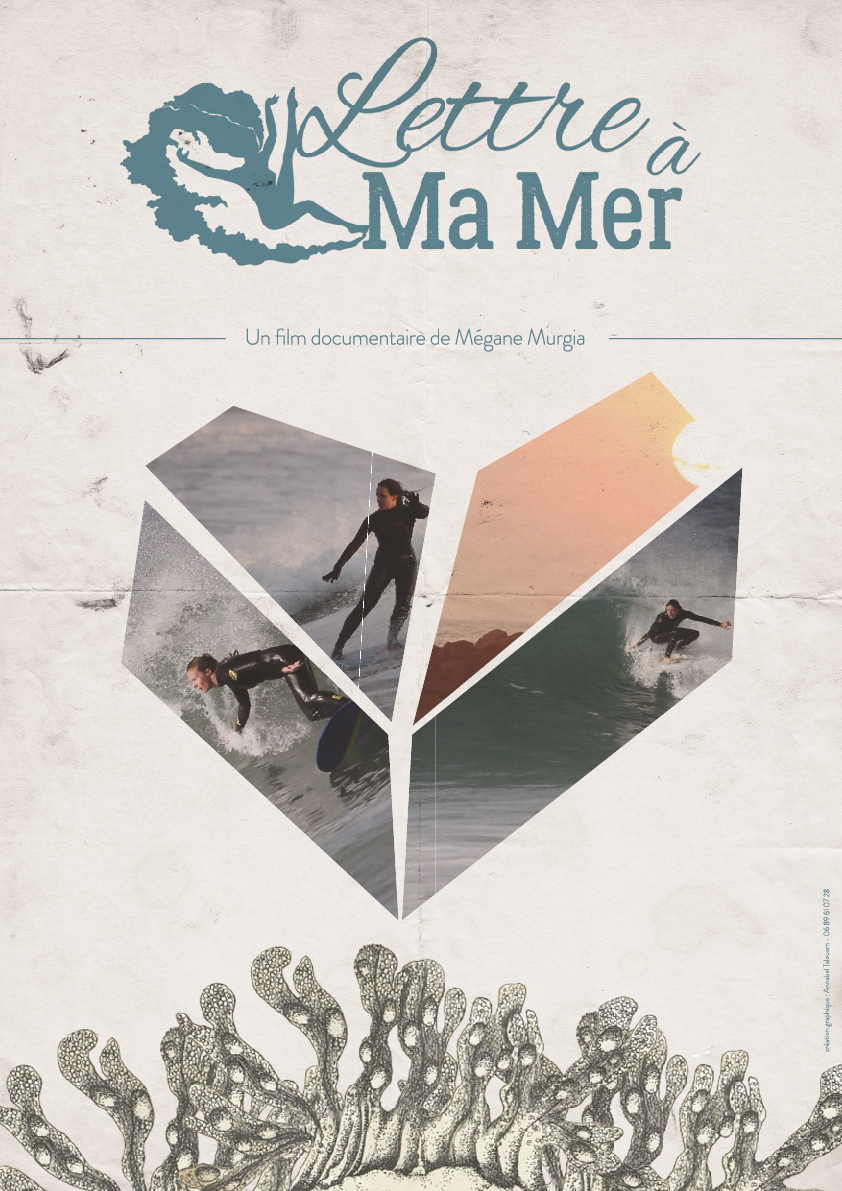 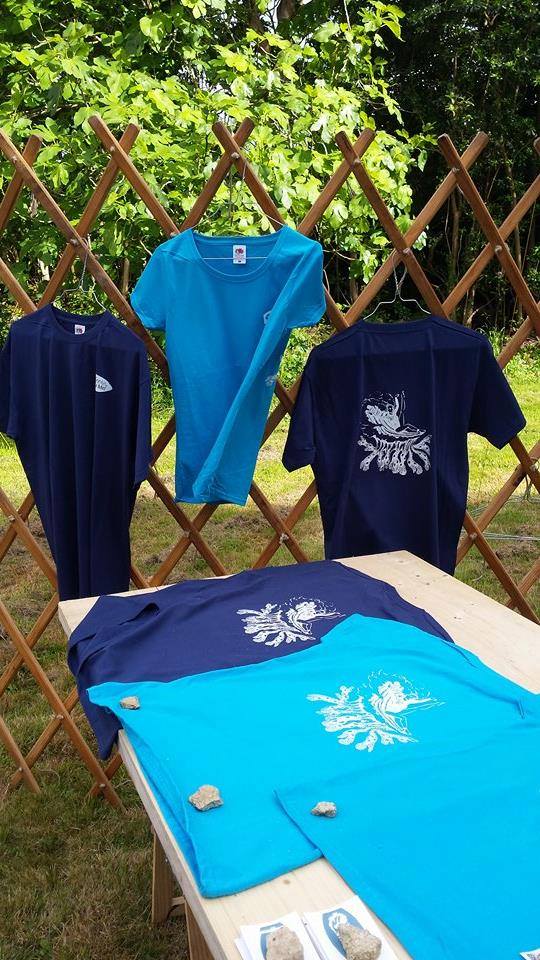